SANKÍRTAN music style can also be described as 'KirTantra',
or the combination of Kirtan (song), Sanskrit Mantra (words with high vibrations, healing energy) and Tantra (dance, ritual),
Kirtantra could be experienced as a stimulating effect that this music has on the awakening of the Kundalini energy.

'Sacrificial Love' is now available to preview and purchase at BandCamp, Spotify, Amazon, iTunes, and most online retailers..

﻿for more videos visit our VIMEO and YouTube Channels!

Welcome to this exciting musical endeavor, lead by singer percussionist Ricardo Hambra and produced by ULTRA DEEP FIELD MUSIC. SANKÍRTAN has been created in Los Angeles, California by Rik, after many years of musical transformation and self-discovery, in which he shifted his focus to a deeper understanding of life. And that shift is also reflected in his music, where SANKÍRTAN becomes a musical reflection, reaction and resound of his personal transformation. 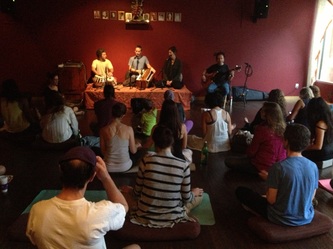 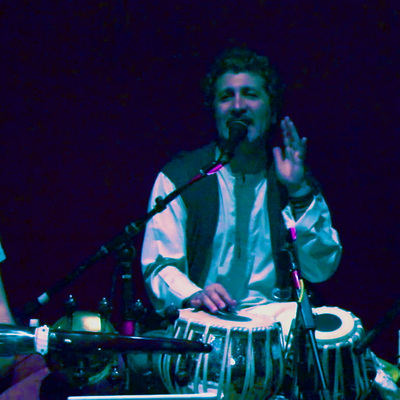 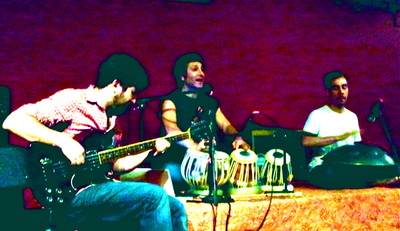 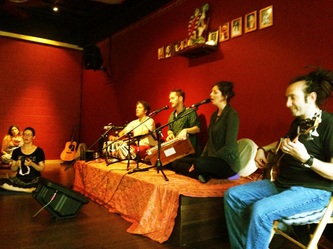 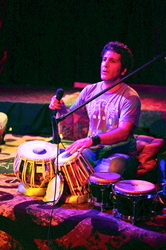 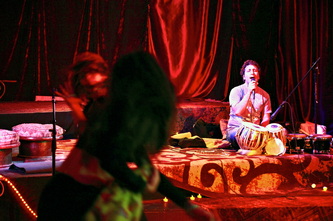 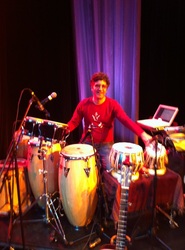 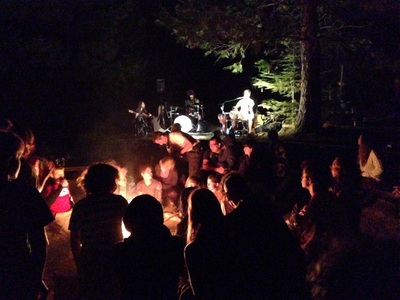 Regarding the genesis of SANKÍRTAN , It took Ricardo many years to develop the sound and skill that he has been able to achieve in his career as a singer/composer, India's and world style vocalist, tabla and percussion set performer, music designer, producer and publisher.

His CDs RAGAS for Yoga, CHILL OUT INDIA VIBE and TABLASCAPES, are for him like a journey that has evolved onto these days to include all these music styles.

Completing the lineup are the outstanding sounds of  Stephen Day on Sarod and Guitars, Daniel Pritchett on upright and electric Bass guitar n vocals; Alberto Marzano on Drums n percussion.

SANKÍRTAN guest musicians
Tomas Jacobi is taking the Hang Drum to the next level, bringing a new sound to the ethnic fusion's alchemy. He also plays Guitars and is an accomplished music producer, he owns a gorgeous production studio  in pacific palisades called CIRCLE OF SOUND. 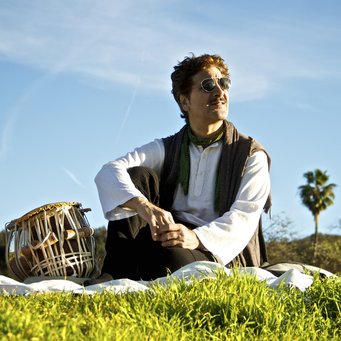 A few words about Ricardo Hambra: an accomplished musician, composer, producer and teacher, Rik has an extensive experience as World Percussionist and Singer, an advance researcher in ethnic styles including music from India, Africa, Mideastern, Cuban-Latin, Brazilean, Spanish Flamenco.

He’s been touring and teaching in different parts of the world..countries like Argentina, Brasil, Chile, Spain, France, Israel, Mexico, USA, Netherlands. He’s been visiting India on several occasions, which includes his experience of living in India for an entire year, where he got immersed into India's philosophy and music, including Tabla set technique, as well as Ragas, Bhajans and Kirtan Vocal styles.

> CDs produced by Ricardo as singer percussionist composer, along with an array of guest musicians:

CHILL OUT INDIA VIBE - RAGAS for YOGA - TABLASCAPES and the brand NEW release of SANKIRTAN Sacrificial Love, now available to preview and purchase at BandCamp, Spotify, Amazon, iTunes and most online music retailers, check it out!

Ricardo is a Los Angeles, California resident, where he continues his career as a musician, performer, composer, producer and teacher.

For booking SANKÍRTAN contact us with your request, and we will reply soon

Translation of the word 'SANKÍRTAN' 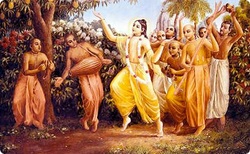 Sankirtan means 'A gathering of noble souls, singing with devotion to their divine preference.

Kirtan or kirtana (Punjabi: ਕੀਰਤਨ, Sanskrit: "praise, eulogy";[1] also Sankirtan[2]) is call-and-response chanting or "responsory" performed in India's bhakti devotional traditions.[3] A person performing kirtan is known as a kirtankar. Kirtan practice involves chanting hymns or mantras to the accompaniment of instruments such as the harmonium, tablas, the two-headed mrdanga or pakawaj drum, and karatal hand cymbals. It is a major practice in Vaisnava devotionalism, Sikhism, the Sant traditions, and some forms of Buddhism, as well as other religious groups. (extracted from Wikipedia, the free encyclopedia)